UAE, Abu Dhabi; XX June 2022: Al Qana, the inspiring social dining and entertainment destination in the heart of Abu Dhabi, has recorded impressive footfall since its launch and is on track to achieve its target of over 10 million visitors by the end of 2022. The waterfront development is fast becoming the heartbeat of the capital as over 500 international social media influencers have visited since its launch in November 2021, recording over 45 million online impressions.

Home to over 330 unique species and more than 46,000 animals, The National Aquarium of Abu Dhabi (TNA) is Al Qana’s flagship tourist attraction and “the world of natural treasures” has welcomed over 350,000 visitors since the beginning of the year, 20% of whom were tourists. TNA’s educational programs in the form of its ‘Professors Aquademy’ and ‘Junior Marine Biologist’ programmes have been hugely popular with families and children and have hosted over 25,000 students via school tours over 4 months.

Looking ahead, Al Qana’s exponential success is only set to continue in Q3 of 2022 with the launching of multiple F&B concepts. Cinemacity will be immersive in its own right; the theatre has 15 luxurious screens to provide the best possible viewing experience of global blockbuster movie releases. Moreover, Pixoul Gaming, a unique Virtual Reality and Esports gaming hub will become a hotspot for video game aficionados as it showcases both immersive and modern gaming capabilities under one roof. Uniquely, Pixoul will also include the first-ever certified eSports Academy in the region with a mission to highlight the importance of playing responsibly.

These past and future developments have catapulted Al Qana to the forefront of the UAE’s entertainment and leisure destinations. Growing success has also been achieved in the form of rewards, as Al Qana’s infrastructure received the Porcelanosa Award for “Best Public Space” in the world. With its rising footfall, new openings, and awards, Al Qana is on track to achieve its vision of inspiring social entertainment and human connections through vibrant lifestyle experiences. 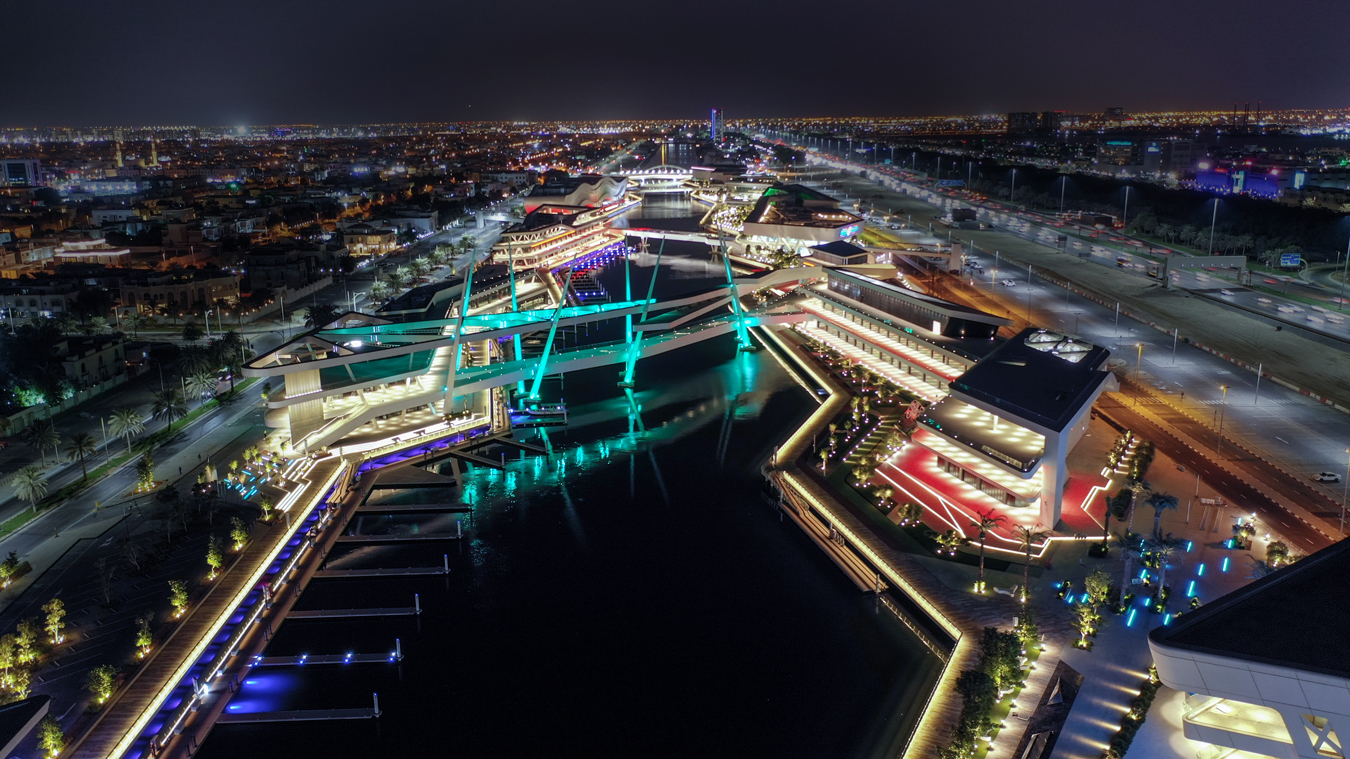 Al Qana is a unique waterfront destination bringing a new definition of social dining and entertainment to Abu Dhabi. The development is one of the most anticipated touristic landmarks in the capital featuring seven anchor destinations spanning over 2.4km of scenic and picturesque waterfront walkways.

Al Qana is the first-ever Build-Operate-Transfer (BOT) model implemented by the Abu Dhabi Municipality (ADM) and is jointly developed by Al Barakah International Investment. International Construction Contracting Company (ICCC) is the lead contractor in charge of the development of the project.